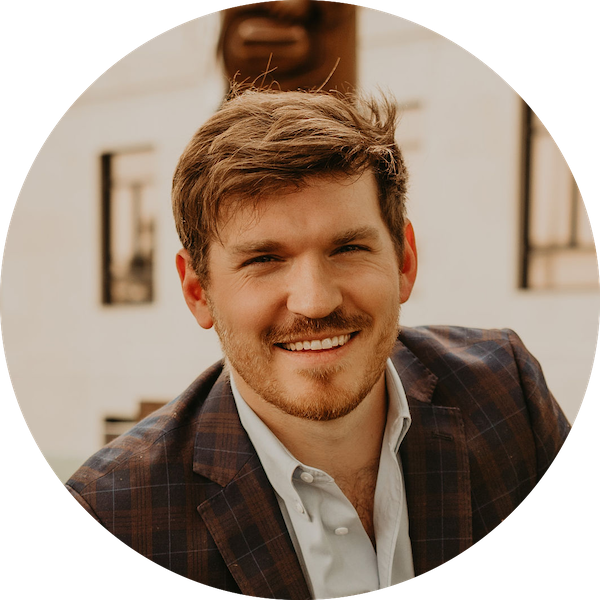 Dale Hutcherson was born and raised in Weakley County, Tennessee, where he attended Dresden High School. While he was a student at Dresden, Dale played football, basketball and baseball as well as served as student body President. Dale was a decorated athlete including earning First Team All-State honors as the Quarterback for the Dresden Lions and helping lead his team to Dresden’s first playoff victory in over two decades.

Following high school, Dale went on to attend Rhodes College in Memphis, Tennessee where he played all four years as a quarterback, wide receiver and special teams contributor. While at Rhodes, Dale also served on the Rhodes Student Government as a peer-elected Senator, Rhodes Activities Board, and was awarded the Rhodes College Iron Lynx award following his senior football season. Dale graduated with a degree in history and political science and also was honored as a Face of Rhodes. As a history major, Dale worked at the Mississippi River Museum and was able to curate a long-lasting exhibit which was housed in the Mississippi River Museum on Mud Island. To round out his time at Rhodes, Dale also was a member of the Alpha Tau Omega fraternity where he served as Chaplain and was awarded the ATO Member of the Year during his senior year.

From Rhodes, Dale went on to attend the University of Memphis Cecil C. Humphreys School of Law where he graduated in May 2018. While in law school, Dale was a member of the prestigious University of Memphis Law Review where he contributed on the senior staff and authored his own note regarding a major lawsuit between the U.S. Women’s National Soccer Team and the United States Soccer Federation, which was later published in the Tulane Sports Lawyers Journal in Spring 2019. He also founded the University of Memphis Sports & Entertainment Law Society and served as the Executive Director of the Student Bar Association. Finally, Dale is a proud alumnus of the University of Oregon Sports Law Institute which he attended in Eugene, Oregon, and completed in 2016.

In regard to Dale’s experiences throughout his career, he started his career in sports & entertainment as an intern for the New York Giants where he gained practical experience learning the ins and outs of a team in the National Football League. While with the Giants, Dale was able to learn from General Manager, Jerry Reese, current Arizona Cardinals VP of Football Administration, Matt Harriss, and various others as it relates to the day-to-day operations of an NFL team and organization.

Following his time with the Giants, Dale went on to work as a judicial law clerk for the Honorable David Delgado and Jody Neyman Jr. in Southaven, Mississippi, where Dale’s research and writing were focused largely on issues related to debtor’s prisons and the constitutional implications related to judicial rulings as it relates to debtors. While working as a judicial clerk, Dale was also able to gain practical experience through the eyes of defense attorneys and prosecutors alike when dealing with various criminal-related matters.

In 2017, Dale went on to work in Irvine, California in the legal department for Sports 1 Marketing. While working for Sports 1, Dale performed legal work for various athletes and entertainers, including hall of fame NFL athletes, Warren Moon and Andre Reed. Dale’s work with Sports 1 included everything from drafting and negotiating contracts to intellectual property matters to name, image and likeness matters for current and former professional athletes. He was also able to attend the Hall of Fame Induction Ceremony in Canton, Ohio as a guest of Warren Moon as well as the ESPYs Awards in Los Angeles.

Following his time in California, Dale worked for a couple of his mentors at a premier boutique sports law firm, Sievert Werly, in Nashville, Tennessee under the tutelage of Dan Werly and Justin Sievert. While at Sievert Werly, Dale assisted with drafting contracts for sports teams and entrepreneurs as well as assisted with NCAA auditing and compliance matters for different colleges and universities.

After completing his law degree, Dale began work as an associate for The Crone Law Firm in Memphis, Tennessee. While an associate with Crone, Dale worked on various employment matters, including, FLSA claims, hourly wage claims, NLRB matters, and EEOC claims. Further, while working as an associate, Dale was hired as an assistance football coach for his alma mater, Rhodes College, where he helped coach defensive backs, wide receivers and quarterbacks.

Dale later went on to work with another one of his mentors, William Wooten, at Wooten Law Office in Covington, Tennessee. While at Wooten Law Office, Dale practiced within various areas of law, including, Trademark Law, Business Law, Sports & Entertainment Law, Family Law, Employment Law, Criminal Law, and other civil litigation. Under William’s tutelage, Dale was able to take the lead on various high-profile cases and trademark matters for celebrities and athletes across the country and around the world. While at Wooten Law Office, Dale was placed in charge of managing and overseeing over 500 trademarks, including everything from research and filing to taking the lead in trademark litigation matters with the USPTO and Trademark Trial and Appeal Board.

“What will 2022 bring in the NIL space? We ask the experts” by Eric Prisbell

“Day in the life of a Sports & Entertainment Lawyer – Is entertainment law the best lawyer job ever?”, The Money Metcon, YOUTUBE

Dale is married to his wife, Samantha Hutcherson, and they have a daughter, Mila Hutcherson. In addition to spending time with his family and friends, Dale is a member of First Baptist Church in Dresden and serves as a firefighter for the city of Dresden where he has served for over 10 years. Dale has also been a college football coach for Rhodes College where he coached quarterbacks, receivers and defensive backs. Dale loves this community and wishes to serve as a resource for anyone in need in the years to come.